Home Climbing News Moving On And Getting Over

Moving On And Getting Over

It’s through this nostalgic lens that I reflect on the changes afoot with USA Climbing this year that have resulted in me coming to learn somewhat unceremoniously that I won’t be involved in these broadcasts moving forward. USA Climbing is making a lot of changes from what I have gathered, and as part of those changes they’ve decided to move in a different direction when, among other things, it comes to who is doing their live commentary. I’d be lying if I said I wasn’t disappointed that I won’t get to continue this journey that I’ve invested so much of my time, energy and passion into over the past several years (particularly given imminent drive toward the Olympics), but reflecting back I can’t help but be satisfied that I got to be involved at all.

Fast forwarding through the years, I would be fortunate to go on to provide commentary for an additional 11 Nationals (Bouldering and Sport/Speed) along with a few Portland Boulder Rallies and Psicobloc Masters as well.  The memories I have from all these events are varied and distinct to each event, but the underlying theme for them all was that I always felt really fortunate to be involved in any way.

I feel particularly grateful to Jon, Jordan and Josh at LT11 for their belief in me over the years, and I am proud of the work we did in the booth with Pete Ward, Ben Clark, Max Zolotukhin, and of course my longtime co-host Chris Weidner.  I truly was (and still am) a fan of climbing and the climbers who compete at the highest levels who was lucky enough to get to channel that excitement into an unexpected outlet that was the commentary booth. 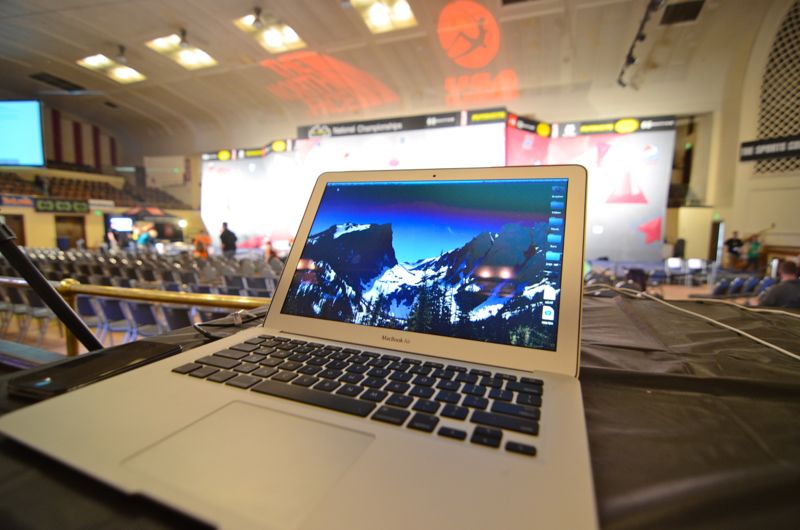 Reflecting back on the surprising ways this website impacted me in real life, the winter of 2011 was a pivotal one. At the beginning of January I found myself at my first Outdoor Retailer trade show with Kevin Jorgeson, ostensibly to figure out how we could collaborate on his Professional Climbers International project. Ultimately that didn’t really pan out for me, but during that trip I happened to meet and become friendly with Jon Glassberg and Jordan Shipman who had a burgeoning climbing media company called Louder Than 11.

The following year was a bit of regression in that Nationals from Colorado Springs was not broadcast live, but when it came time for the 2013 edition to be broadcast live a funny thing happened: instead of being at home excited to take in the action, I was somehow in the commentator booth at the venue helping to call the action with Pete Ward.  The connections I had made with Louder Than 11 and the what was in retrospect unhealthy obsession I had with climbing had accidentally positioned me perfectly to get this gig as it turned out.  While I was nervous to the point of nausea it was pretty thrilling to be involved in something I was such a big fan of.

A few weeks after this trip I was down in The Stone Fort with my friend Kevin and besides being so excited to climb on sandstone that I ended up blowing up my knee (again), we were beyond psyched to watch that year’s broadcast of ABS Nationals.  It’s a little hard to remember, but prior to 2011 most (all?) Nationals comps had taken place in somewhat of a vacuum: if you were physically in the gym they were held at you got to take in the action but if you weren’t (i.e. you didn’t live in Boulder, usually) it was somewhat as though the comps never happened. Sure, there were results and maybe pictures/videos after the fact, but you were never able to watch live from anywhere outside the venue. That changed in 2011 when the guys from ne2c stepped in and made the broadcast happen from that warehouse in Boulder, and it was awesome to be able to watch live from that mediocre hotel room outside Chattanooga as Sean McColl and Alex Puccio (who else) took it down.

View all posts by →

Want a site like this? UsaWebInvestments.com can provide one for you!